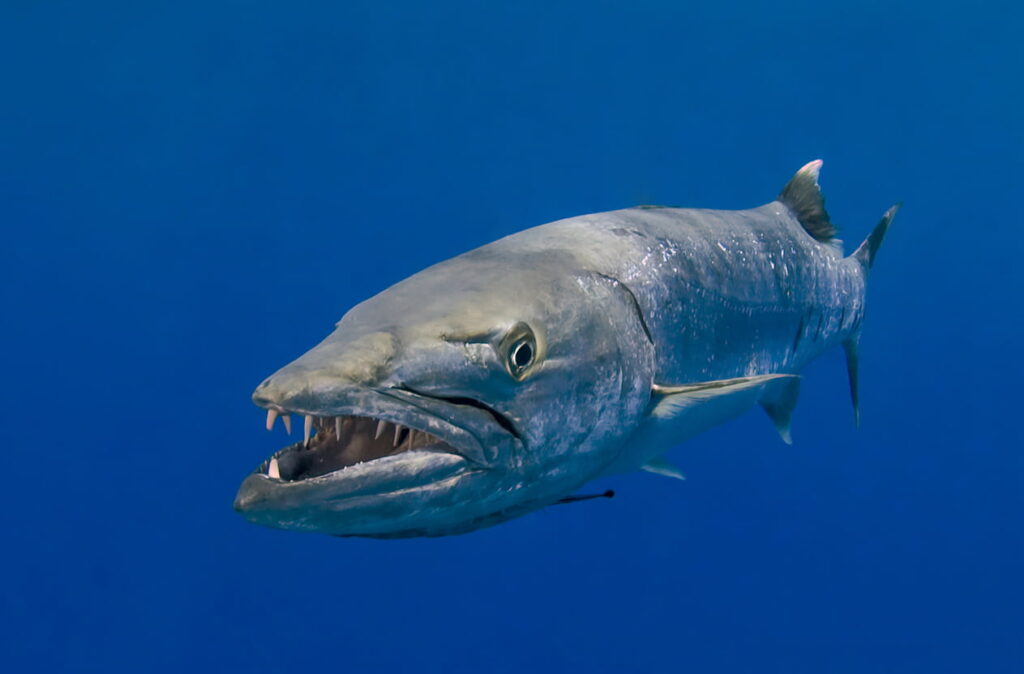 February in Key West most often continues the typical winter weather cool/warm alteration pattern. Arriving cold fronts come in on strong north-northeast winds and cool things down, sometimes even into the 50s at night. The frontal waves are followed by warming periods that allow the water temps to climb a bit but usually also bring stiff breezes out of the southeast.

Wind direction rather than velocity is generally the more crucial factor for February Key West fishing. Even relatively light southeast winds fetching off the open ocean build more wave height and create rougher water than stronger north winds that are naturally blocked by the Keys, allowing for fairly calm waters off the leeward shores. At times, Atlantic deep sea charters have to be canceled when stiff southeast breezes create conditions too rough for comfortable fishing. This is when we reap the benefits of being in a fisherman’s paradise with hundreds of square miles of varying, highly-fishable waters all around.

The nice thing about Key West winter fishing is that the fish tend to bite more aggressively when the water is choppy. Hardy fishermen ready to brave a bit of February rough water find excellent light tackle action fishing with multiple species – Amberjack, Black Grouper, Blackfin Tuna, Cero Mackerel, Mutton Snapper, and Yellowtail – all biting hard. Many of the Shark species are also eating baits well this time of year. Depending on wind and water conditions, anglers can hunt the Backcountry, the patch reefs on the Atlantic side, or the Gulf wrecks no matter how rough it is offshore.

On the Backcountry Flats, the warm southeast wind days between fronts can push water temperatures to about 72 degrees, really good conditions for getting shots at Permit. The Flats also have plenty of Crevalle Jacks and big Barracuda hanging around looking for the ballyhoo that get pushed in by the wind and cold water. Between these voracious predators and Lemon Sharks, it is no problem keeping the rods bent and lines tight.

February is pre-season for Tarpon and they are normally hit and miss in the Backcountry. That said, fishermen who know the spots and time the weather correctly to get out during the humid warm spells are often able to make some hookups to warm up for the traditional Tarpon early season start in March.

The locals clearly know the fishing potential on offer out on the February Flats. It is no coincidence that the Annual Key West Cuda Bowl is always held the consecutive Friday and Saturday before Super Bowl Sunday, which of course means the last week of January or first week of February. This fun, Flats-specific fishing tournament launches out of Stock Island’s Hurricane Hole Marina, with a field limited to 20 boats maximum.

Guides and their anglers are required to use a Flats skiff of 19 feet or less in length and equipped with a poling platform. The target is big Barracuda up on the Flats or along the edges; in any case, in 8 feet of water or less and not in a channel. The competition includes spinning and fly rod divisions as well as ladies and junior classes. All fishing is catch-and-release, with scoring based on the three largest fish measured and photographed each day, 6 fish in total. There is also a prize for the largest Barracuda released.

The Cuda Bowl is great fun and visiting fisherman quite often arrange to participate. They sometimes even manage to best the locals! There is plenty of partying involved, and in a nice touch that captures the real spirit of Key West fishing sportsmanship, each winning angler and guide receives a $50 gift certificate to help them buy the required round of drinks for their fellow competitors.

On the days when the wind lays down a bit, you can expect some thrilling fishing out on the deep sea fishing charters. It may take a bit of hunting, but the big pelagic species are out there along the Gulf Stream. If you would like to focus on the deep waters, watch the weather and hope for a window around the full moon. The week before and after generally turn the bite up a notch, and there is a good mix of fish out there now.

The best bet for some offshore adventure is to run the 19 miles out south of Key West to the spot known as Wood’s Wall. This bottom feature is an east/west-oriented slope that essentially marks the underwater “bank” of the Florida Straits deep water channel. The drop takes the bottom depth from about 300 feet down to well over a thousand in about a half-mile at some points.

There are loads of fish out there – big Mahi-Mahi, Blackfin Tuna, Sailfish, Wahoo, and even the occasional Blue Marlin. When the Gulf Stream (technically the Florida Current at this point) moves inshore and spreads the weed patches along the 3 to 4-hundred foot line that marks the start of the drop-off, you can get some crazy Mahi fishing action. The real thrill comes when a 400-pound Blue Marlin follows your hooked Dolphin up to the boat. Captains often keep a heavy rod ready to throw out a small Dolphin on short notice and before you know it you are on a Marlin fishing trip.

One thing Key West does not have in February is freezing weather and snow storms. In fact, here is one of the only 100% guarantees in fishing: The worst day of Key West winter fishing is better than the best day of snow shoveling, and fighting the smallest fish is more fun than putting on tire chains.

If you live up north, book a Key West fishing charter, come on down, and return to the office with a tan. For folks lucky enough to be hitting the island on a cruise ship stop-over, a deep sea charter or day of light tackle fishing is the perfect way to enjoy Key West. Take advantage of fast, secure booking from any mobile device with Fish Key West and get hooked up with your February Key West fishing adventure!