Fishing for Bluefish in Key West 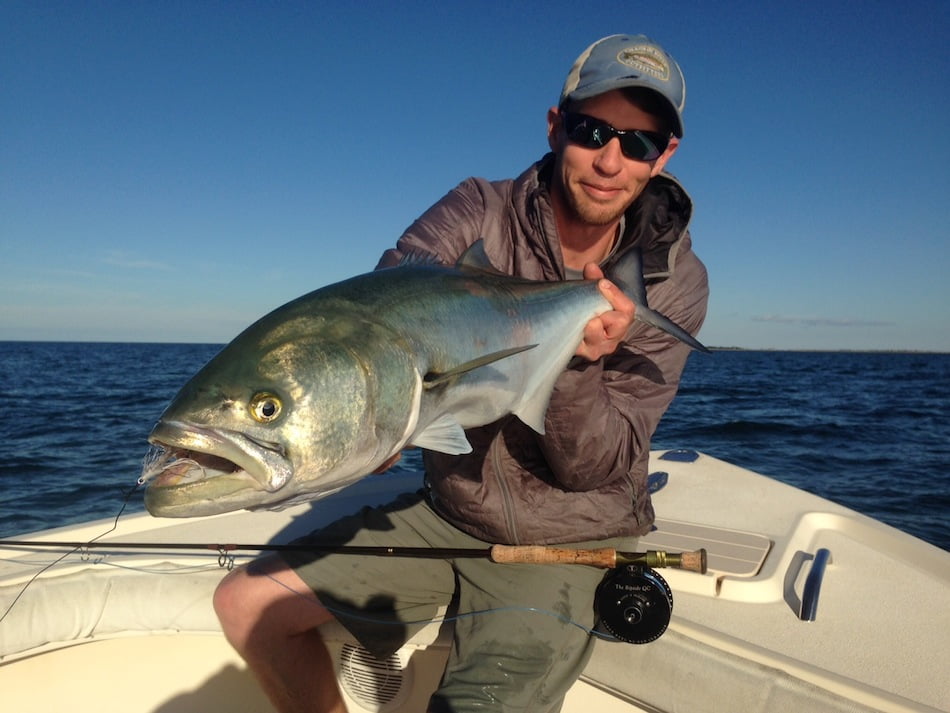 Big, aggressive, and easy to catch from the shore, a pier or jetty, or a boat, the Bluefish is a popular gamefish along Florida’s Gulf and Atlantic coasts. The biggest fish come from Atlantic waters. Bluefish travel in large schools, so once these fish are found, the action is often fast and furious. (Florida Record: 22lbs 2oz)

The fish’s signature feature is its large mouth armed with a prominent single row of uniform-sized, knife-edged teeth in each jaw. Their teeth and shearing jaws allow the Bluefish to take on sizable prey and ingest large parts whole. The fish range in size from seven-inch juvenile Snappers to adults 2-3 feet long and weighing up to 40 lbs. in exceptional cases. The average size in Florida waters is 3-5 pounds. Bluefish can live up to 12 years, and they have few predators. Sharks, Tuna, and Billfish are typically the only fish fast and large enough to tackle an adult Bluefish.

Bluefish Habitat and Behavior
The Bluefish is the only species of the family Pomatomidae. It is a migratory pelagic fish that is widely distributed in temperate and tropical waters around the world and found nearly everywhere except for the northeastern Pacific. They are found over most of the continental shelf along the eastern coastline of America, but not in the Caribbean between southern Florida and northern South America. Bluefish inhabit a variety of waters from the surf zone along beaches to rocky headlands, estuaries, and brackish water bays and inlets. When they migrate, they leave the coast and enter open offshore waters.

Bluefish range off Florida during the winter months, then head north before April, arriving off Massachusetts by June. In October, they move south again, following schools of mullet and other baitfish down the western Atlantic coast and through the Lower Keys to Florida’s east coast. Some Bluefish do not migrate and are present in the Gulf of Mexico throughout the year.

Bluefish reach sexual maturity at age 2 and 15–20 inches in length. They reproduce offshore during spring and summer, with females releasing from 400,000 to 2,000,000 eggs depending on size. Bluefish fry are zooplankton, mostly floating at the mercy of the ocean currents. In the western North Atlantic, at least two populations occur, separated by Cape Hatteras on the coast of North Carolina. Fry spawned south of Cape Hatteras can be carried to the north by the Gulf Stream, with eddies spinning off and carrying fry into populations found off the coast of the mid-Atlantic and New England states.

Bluefish gather in large schools to follow and attack baitfish, and around Florida, they are typically found in clear, moving water near surf beaches, in estuarine channels and Backcountry waters, or by rocky headlands. Members of a school tend to be about the same size because Bluefish are cannibalistic and will eat their own young. Adults are strong and aggressive fish, and they will often continue attacking a school of baitfish in a feeding frenzy even after they have eaten their fill. Bluefish will also chase bait into shallow water and churn the water wildly as they attack baitfish savagely in what is called a Bluefish Blitz. In Florida, Bluefish will eat Jacks, Grunts, Mullet, Shrimp, and Squid, but in other areas they seem to prefer oilier fish like Menhaden and other Sardine-like fish.

Fishing for Bluefish
Bluefish are a lot of fun to catch because they tend to get excited into feeding frenzies and fight well when hooked. They are sensitive to differences in water temperature, and will be found deeper during hot weather. Offshore, Bluefish are often located by the presence of diving birds feasting on scraps as the Bluefish chop up a school of baitfish. Chumming will help in attracting and exciting the fish.

Common live baits for Bluefish include mullet, mackerel, and squid. Cut baits also work well, as do a variety of plugs, sand eel type jigs, and squid- or mackerel-like lures. The same type of surgical-tube lures that are used for Barracuda work on Bluefish and can be trolled or casted into a feeding school. Large, flashy spoons, jigs tipped with shrimp, and baitfish-imitating flies are all effective depending on the conditions and the mood of the fish. In fact, when Blues are in a feeding frenzy, it is not uncommon to be able to catch them on a bare gold hook. Bluefish have razor-sharp serrated teeth, so a wire leader must be used with any bait combination.

Bluefish are good to eat, but are a bit oily for some people. They are best eaten fresh or smoked as they do not freeze well. The smaller Snapper Blues of less than a foot in length are less oily than large fish and are sometimes eaten fried. Use caution when landing Bluefish as they will lunge to purposely bite a careless fisherman, and they can inflict serious injuries. A large Bluefish should never be handled by the head or mouth, and heavy gloves are a good idea.