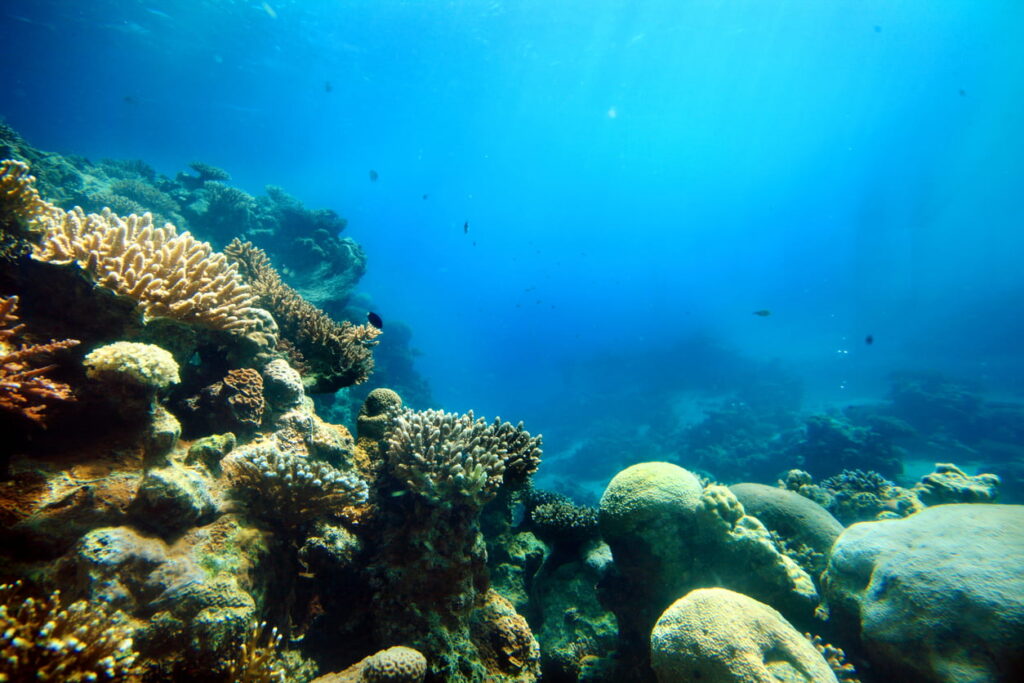 A coral reef is a natural underwater structure formed by colonies of tiny marine organisms called polyps. Polyps belong to a family of animals known as Cnidaria, which also includes sea anemones and jellyfish. The polyps cluster in groups and extract the minerals from seawater to secrete hard carbonate exoskeletons which support and protect their bodies. The stony accumulations of these exoskeletons are what form coral reefs.

Coral reefs grow best in warm, clear, sunny, agitated waters such as those found along coastlines in tropical regions. Often called “rain forests of the sea” coral reef environments are incredibly rich in bio-diversity, a paradox since corals mainly grow in nutrient-poor waters.

The islands of the Florida Keys are the remains of ancient coral reefs formed some 150,000 years ago. Lying to the southeast off the Keys today is the 190-mile-long Florida Reef Tract, the only living coral barrier reef in the continental United States. In the shallow waters to the landward side of the main reef bands are numerous areas of patch coral. Both types of coral reef structure offer important habitat for game fish and many other species.