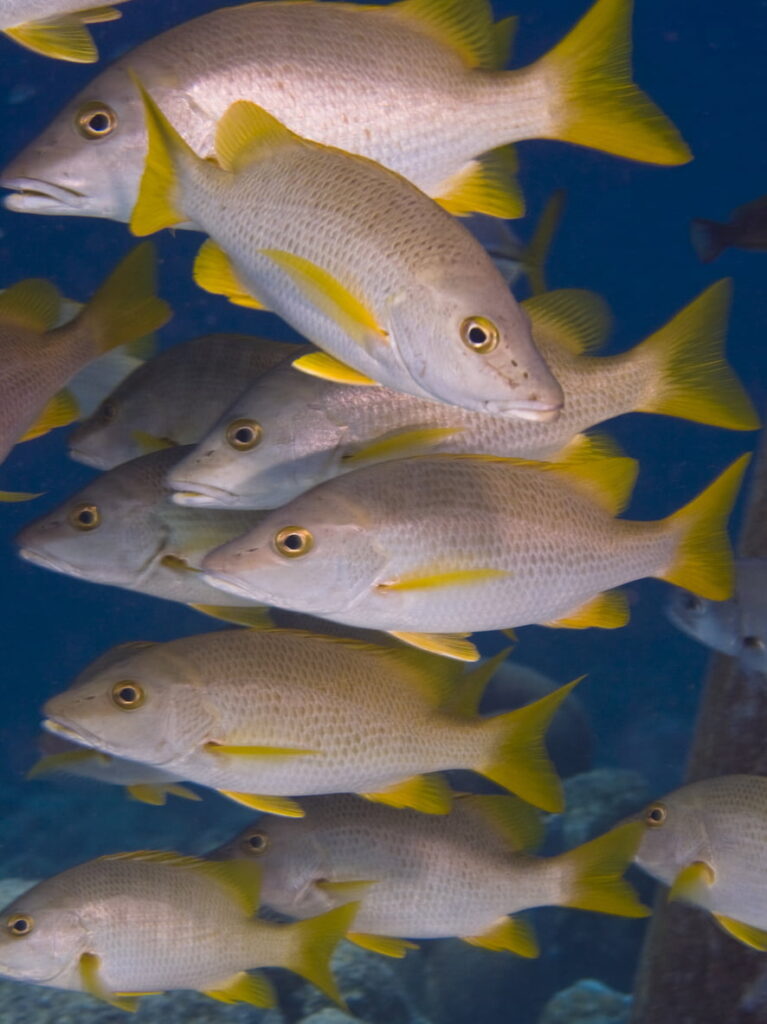 August is a good time to be in Key West. Once the dust clears from the two-day Spiny Lobster Mini Season, it gets pretty quiet around town and out on the water. The weather is generally calm, and seas are flat although a sharp eye must be kept out for the tropical storm patterns that can spin in from offshore and run up the Florida coasts and over the Keys.

Except for a few intermittent and welcome rain showers, the skies are clear and blue. True, it is hot, but that keeps the crowds down. And it is actually usually only in the upper 80’s, though the humidity can make even that tough to bear. On the plus side, there is plenty of beautiful, warm water all around and you can jump in as many times as you like!

Fishing conditions are beginning to enter the summer-fall transition phase. There is a wide variety of potential action available, most of it heavily dependent on conditions of water temperature and tide.

The water over the Flats is hot, making the cooling flush of incoming tides, particularly the early morning high water, key to the search for a Keys Grand Slam on Tarpon, Permit, and Bonefish. The Tarpon schools are thinned out to pods of resident juveniles; they can be found early mornings in the deeper Backcountry channels. The fish are spooky and finicky, having been subjected to heavy fishing pressure for months.

The water is also very clear, making a degree of stealth essential. Live crabs or small pinfish presented on low-visibility light-weight leader is one approach that can work in combination with the right choice of time and tide. After you hit the sunrise Tarpon session, a good strategy is to move up onto the Flats, where you can throw the left over crabs at Bonefish and Permit. These two species will be found in similar depths and water conditions, and shrimp, small crabs, or fly patterns that imitate either one will work.

Fisherman looking for fast action and a less technically-demanding approach to bringing some fish over the gunwales will be happy with the Mangrove and Yellowtail Snapper fishing. The Mangrove Snapper are in their spawning season and the bite gets hot around the Backcountry mangrove islands, on the patch reefs, and out on the shallow wrecks.

Nearly any structure will hold Mangroves, and they will readily hit chunk bait or small live baits once the captain gets them stirred up with some chum. Mangrove Snappers put up a fun fight, and they taste great to boot. They are a great kid’s fish because they run in large schools and once you are into them and figure out how to get the bait down to the fish, it’s a constant Fish On! situation.

If the current is light and the water shallow, captains out for Snapper will anchor up-current from the structure, rig a quarter-ounce buck tail or nylon squid jig tipped with a small piece of chunk bait, and have you just drop it down into the fish. For Mangroves in deeper water, use a heavier weight with live or chunk bait on a 3/0 circle hook.

Just open the bail on the reel and let the line drift out slack on the current. When it starts running out faster, you have a fish on so close the bail, tighten the line, and give a little tug to set the hook.

For anglers looking to fight the big, tough bluewater gamefish Key West is famous for, late summer brings good numbers of big Barracuda around the reefs as well as into the shallows. Sharks are also always present and ready to give a thrilling fight. Permit can be found on some of the more remote wrecks, along with wolf-packs of Cobia that hunt near the surface over the wreck.

Offshore, the Mahi-Mahi like the cloudless, hot sunny weather and the large schools of juvenile fish that cruise the weedlines bite well on trolled lures. Farther out in the blue water, summer fishing reports come in describing limits of big Mahi, along with Blackfin Tuna that can run to the 20-pound range and even a few releases on good-sized Sailfish.

Key West fishing in August offers a real seafood buffet. Mixed-species bags are the norm for the month, and the regular commercial/recreational Lobster season is open. This means, when it gets too hot, you can put on a snorkel and mask and drop over the side on some structure to hunt for a few of the tasty bugs.

To sweeten the pot, the hotels and resorts are offering some good off-season discounts. There are also many interesting happenings around town to keep your non-fishing hours full. You can check out some of the deals at Fish Key West and book a great summer fishing trip now.