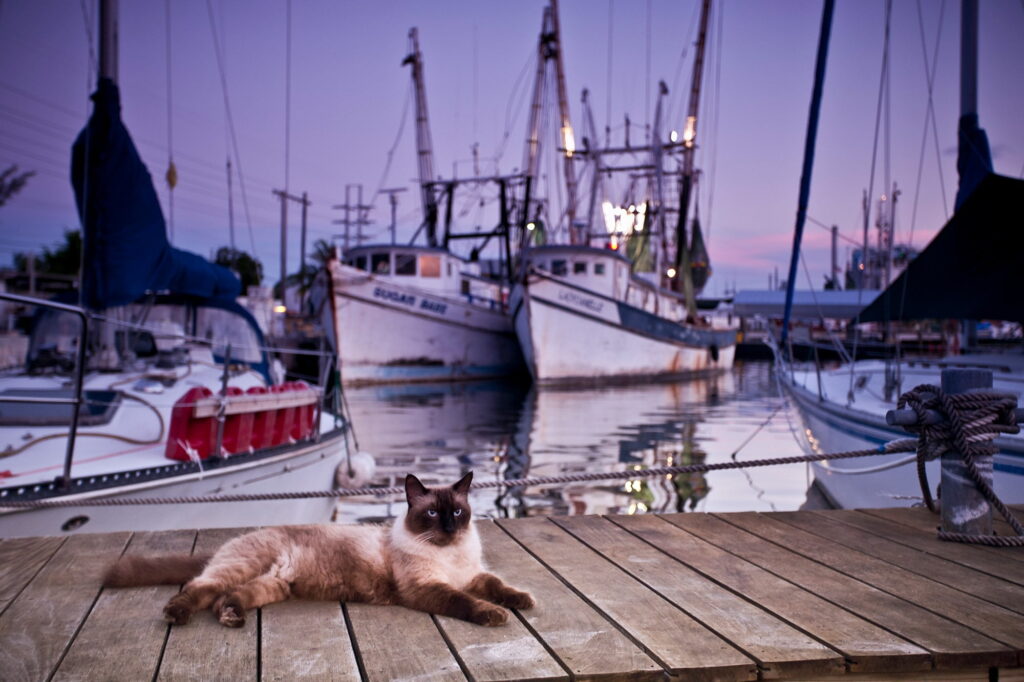 Gulf of Mexico shrimp boats work the waters off Key West through the night using large trawl nets to catch the prized Gulf pink shrimp. In the morning, the shrimp boat crews sort the shrimp out and dump the by-catch back in the water. The result is a chum slick consisting of hundreds of pounds of live baitfish, crabs, shrimp scraps, and other popular fish food that floats on the surface and drifts with the currents to attract large schools of several types of game fish.

Blackfin Tuna, Bonita, Cobia, Kingfish, and Sharks can all appear, and the massive volumes of bait spark feeding frenzies that offer the ultimate in action fishing as charter boats follow the shrimpers to fish just yards from the larger craft. It is common for anglers on these trips to catch fish until their arms are exhausted from fighting fish that hit the bait within seconds on every cast.