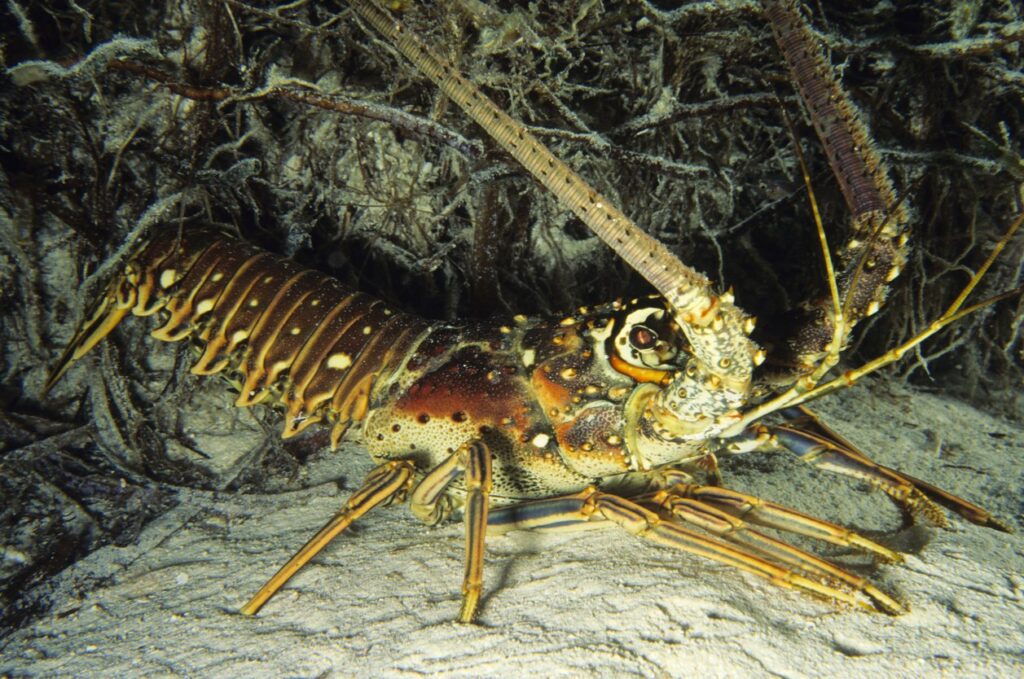 The waters around Key West are home to Florida Spiny Lobsters, or “bugs” as they are called locally. These are tropical lobsters that lack the large claws of the cold-water Maine Lobster, but have similarly delicious tail meat. Lobster diving involves diving down and searching for lobsters along underwater ledges or under coral heads in shallow water. Depending on the location of the lobster, and the skill of the diver, it may be possible to grab the creature’s antennae or the back of its carapace and pick it up.

More often, the Lobster will spot the fisherman and back into its den. In this case, a short “tickle stick” is used to push in behind the Lobster and startle it with pressure on its tail. When the bug emerges, a net is placed behind and over it. When a free hand is reached toward the Lobster, it will jet up and backwards with a flick of its tail, hopefully ending up in the net.

With skill and luck, a diver will be able to regularly land the daily bag limit of 6 lobsters, particularly in the early season when they can be found under nearly every rock and ledge.