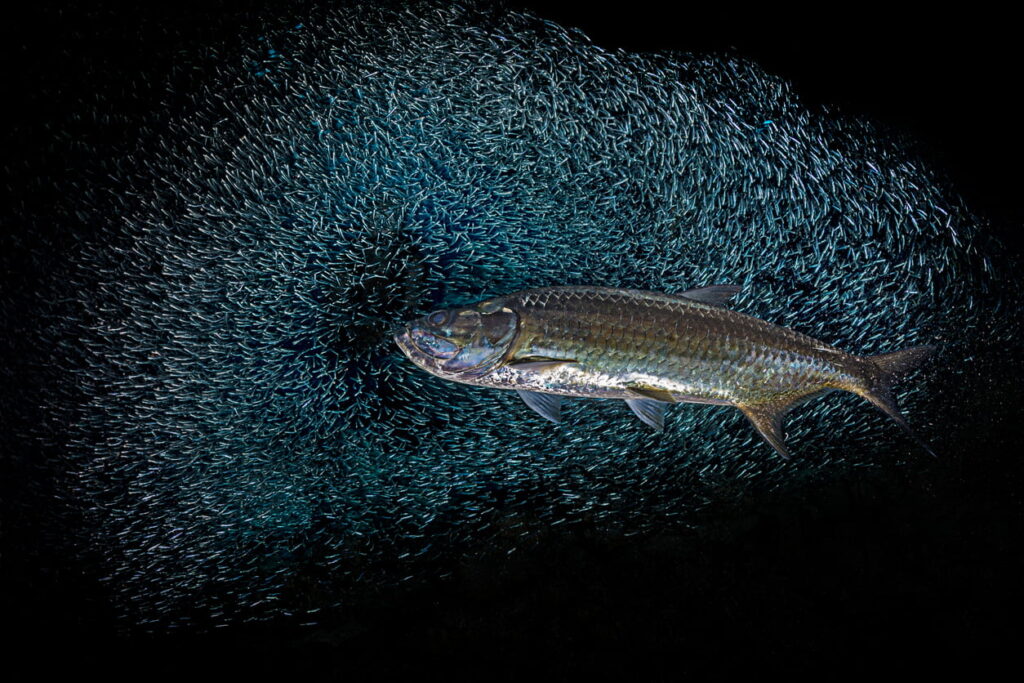 June marks the start of the Atlantic hurricane season and the Keys are likely to feel the effects of a few passing tropical depressions. The main results when they track near Key West are usually a couple of days of heavy rain and gusty winds.

Weather like this may be cool and refreshing, but it puts a damper on fishing for a few days. And of course nobody in their right mind looks forward to something like Hurricane Irma that hit Florida in 2017. But the upside of a little disturbance is that the passing storm stirs up the water and the bait so Key West fishing gets hot. In fact, a good summer strategy is to watch the charts and reports in order to plan a fishing outing on the tail of some rough weather.

Migrating Tarpon numbers are up, and the fish are still running strong, flooding the waters around the Marquesas and Key West. Tarpon fishing peaks during their May-June spawning season and the Silver Kings are numerous and slamming both live baits and artificials on the Flats at dawn and dusk.

Look to the deeper waters of the channels and bridge areas for the best shots during daylight hours. Drifting crabs or mullet with the tide is productive for captains who know the right daytime holes. June in Key West is staying consistent to form and producing the best Tarpon fishing of the year. If you want to hit this peak season action, planning ahead is a necessity because Tarpon trips usually book full months in advance of Tarpon season.

Backcountry Fishing Settles in for a Long, Hot Summer

The Key West Backcountry fills with Snapper in the spring and the run usually continues into June. Plenty of Mangrove Snapper are available for light-tackle fighting fun and filling the freezer with delicious fillets. Mutton Snapper and Black and Red Grouper also reward anglers who locate the good bottom-fishing spots.

There are also plenty of Barracuda and Sharks around to keep the light tackle fishing action going strong. Many captains both offshore and inshore report excessive numbers of Sharks homing in on hooked fish for the easy meal. It is no major task to draw Sharks by the dozens around a Flats skiff, and hooking and releasing the toothy predators guarantees hours of non-stop fun.

Flats specialists will want to plan their fishing around the tide changes. That’s when fly fishermen get many good shots at tailing Permit. The Bonefishing is also fair during this first month of summer, with a few 4-6lb fish around and more on the way as the weather heats up. When shrimp gets scarce around Key West as Flats season picks up, flies and jigs are the bait of choice for many Flats fishermen.

June is an inviting time to explore the endless fishing opportunities on tap in Key West waters. It’s easy to get offshore during this mild weather season, and trolling in June’s calm water conditions is not only relaxing, it also regularly produces nice mixed-size catches of Mahi-Mahi running up to 40lbs, and a few Blue and White Marlin are brought in as well. On the bottom, the Yellow Tail Snapper spawn is hot in early June and many anglers who time it right are able to quickly limit on these tasty fish.

Overall, conditions in June are promising for a good summer of fishing ahead. As Tarpon fishing slows down, there will be fewer boats on the water, making for less pressure on the fish and a more relaxing day of fishing. Book a Key West fishing charter with Fish Key West and come on down for some summer fun.