Reeling in the New Year with Key West Winter Fishing 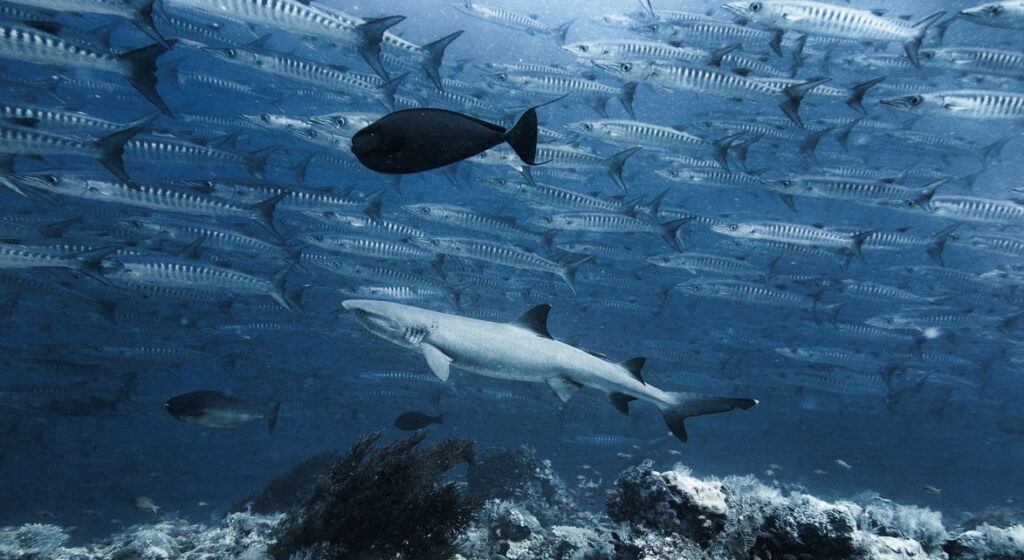 There is nothing like spending the December holidays at around 70 degrees. Key West December weather includes a few mid-winter tropical rain showers, but these do little to dampen the tropical holiday spirit of the many visitors in town. Between the good fishing, busy streets, jumping bar & restaurant scene, lighted boat parade and many other holiday special events, excitement prevails in Key West.

December typically brings the full change into deep winter. It can go from unseasonably warm to 60 degrees and 20-30 knots out of the North nearly overnight. General sea conditions along with atmospheric pressure and temperature changes can make for unpredictable fishing. On the other hand, it’s unpredictable because many fish populations are stirred up and on the move, cold water and currents are stacking baitfish up along the reef, and big predators are hunting in Key West waters.

Now, during the shortest days of the year, the warm south winds that fill in between passing cold fronts are not always enough to bring the Mahi-Mahi back within range of Key West’s Atlantic fishing grounds. Instead, south wind turns the Gulf side on with the early Kingfish bite. As these migrating fish move south out of the Gulf, many captains report Kingfish limits being taken on most any live bait. The Kings eat threadfins and pilchards with gusto, and it’s not unusual to see fish in the 40- to 50-pound range.

As a general rule, December is too early for finding significant numbers of Wahoo in the Lower Keys but they are starting to be caught up north. The Grouper fishing on the reef gets a little slow, with the end of the season for the Atlantic and much of the Gulf waters coming up on January 1st and late November through December bringing a final burst of fishing pressure. A hot Snapper bite makes up for any lack of Grouper. With baitfish crowding the reef, limits of Mangrove, Mutton, and Yellowtail Snapper are easy to find.

The biggest December Key West fishing phenomenon is the oncoming Sailfish migration. With the ballyhoo population high, there are quite a few Sailfish packs roaming the waters out along the Gulf Stream color change line and even closer in. Sailfish hookups are available just outside and even on the reef for those willing to brave a bit of the sporty water that prevails when the east-northeast winds kick up.

The passing cold fronts moving in from the north and the cooler water temperatures they bring tend to put a damper on the hunt for the big-name fish on the Key West Flats. Tarpon, Bonefish, and Permit all move out of the shallows for deeper, warmer water in the depths of winter.

However, that is not to say that there is no game afoot. Huge schools of bait get driven far inshore during the winter months, and the Flats and Backcountry come alive with Barracuda, Jack Crevalle, Mangrove Snapper, Pompano, Redfish, and Sharks. This means that Flats fishing actually gets easier in the winter, with a wider variety of species that can be readily caught in large numbers.

By February, there will be schools of Barracuda over 100 strong on the Flats. For the family, or for the fisherman who just likes to catch a lot of fish, Key West winter fishing can be ideal. The Backcountry is also a good place to tuck away behind islands and hide from some of the stronger winds and sporty waters that are seen when the fronts move through. And for those who really want to, it is still possible to get into a few Tarpon and Permit in between the cold fronts.

In fact, visitors coming south for warm weather and just looking to enjoy some easy fast action fishing will find that fishing the Backcountry on a Key West light tackle charter is just what Santa ordered. Good Sea Trout fishing, along with plentiful Jacks, Pompano, and Sharks keep the rods bent and the people happy.

Celebrate the holidays on turquoise-blue Key West waters in Key West December weather. Now is the time to catch the kind of great Backcountry action fishing that produces mixed-bag limits and fills up freezer bags with Snapper and other good eating fish. Time flies when fishermen are having fun and before you know it February will bring the big Barracuda to the Flats.

That’s when we get back to work sight-fishing these easy-to-spot monsters that strike so viciously at the simplest tube-bait lures. Throwing lures to the Barracuda is a great warm-up for late February, when the hot Permit fishing of the pre-spawn season goes off. Then we are at the beginning of the next Key West Tarpon run and the fun goes on. Jump on the Key West fishing carousel and grab yourself a piece of the action fishing. Book your Key West fishing charter now with Fish Key West.