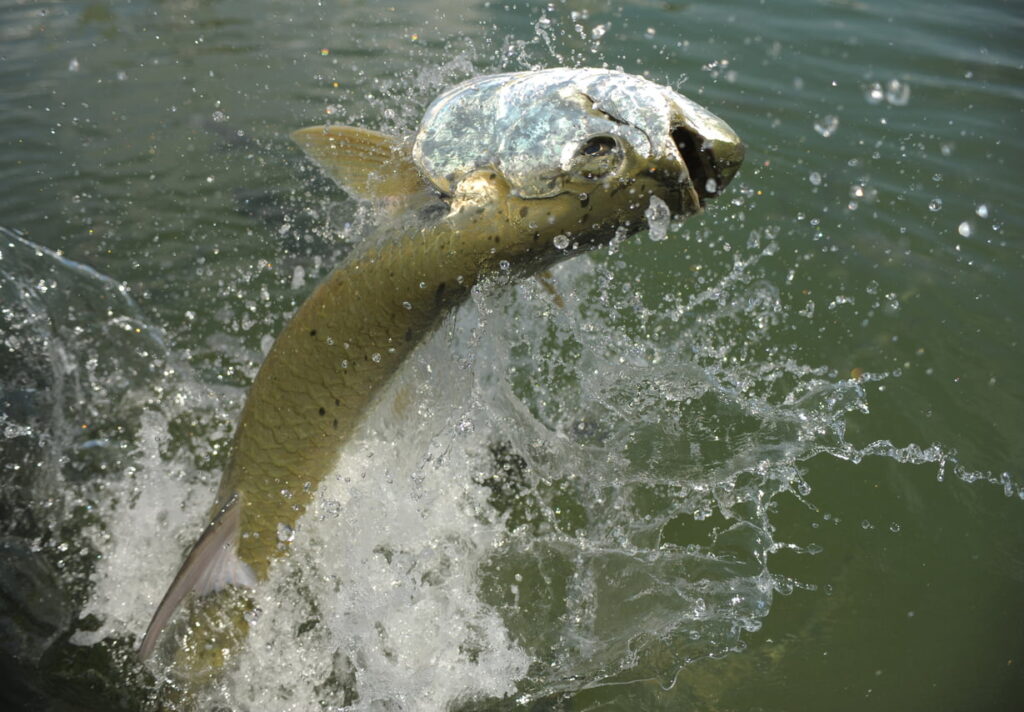 Between the start of the Key West Tarpon migration, the first weeks of Key West Flats fishing, and the first waves of spring breakers, town gets real busy this time of year. And the action in town is matched out on the water with the deep sea, Flats, Backcountry, and shallow Gulf wrecks all producing lots of great Key West March Fishing.

The shifting weather patterns at this time of year keep the water stirred up and varying in temperature, pushing the bait around and keeping the predators on the move as well. If you have ever wanted go after Tarpon or try some Key West Flats Fishing, this is the time to do it because changing seasonal conditions almost always make spring fishing epic.

March is still too early to find Tarpon on the Flats, but anytime the water is above 75, they can be seen in the harbor, the Backcountry basins, and the channels on the Flats edges. Until the Silver Kings get solidly into their migration, they tend to be a bit scattered and moving randomly according to where the feed is at the time.

Once you find the fish, they will usually eat, and a variety of live baits like crabs, shrimp, or ballyhoo work fine. Cut threadfin shad as well as soft baits will also draw hits. Just set up a ways up current from a group of rolling fish; far enough to get a good drift with the bait but not so far that you have more line out than you can get back with 100lbs of fish on the end. Put your bait on a circle hook rigged under a float and let it drift back to the fish.

The way the fish eat in early spring, it’s that simple. That’s why it’s nice to get after the Tarpon early before the main crowds hit and the fishing pressure ramps up. This aggressive spring feeding is also great for fly fishermen because hits are nearly guaranteed. A toad pattern in green, and sometimes yellow or purple will work.

This is an ideal time of the year to get out in the Backcountry. The weather is nice and warm, with a light breeze, and a good variety of fish including some big predators are feeding in the shallows.

The Barracuda are there as always, and when you find Tarpon in the channels, they are often being trailed by schools of big Jack Crevalle that will gladly hit drifting bait that the Tarpon miss. Late February and early March often feature excellent action on Backcountry Cobia as the last few cold fronts bring cooler temperatures that push fish into the channels running in from the Gulf. And spring Shark fishing is always strong, with lots of Blacktip and Lemon sharks around and easy to catch.

As the water warms, Bonefish and Permit – the stars of the Flats – begin to come around. Bonefish in large numbers are mainly seen in the upper Keys at this time of year, but as March goes on scatterings of fish gradually show up on the Key West Flats. If you are looking for Permit, March is the time when we get stories of hookups on 35 lb. fish happening in the shallow water. No surprise this is the month chosen for the annual Key West March Merkin Permit Tournament.

A nice spring fishing strategy is to go out for Tarpon in the morning, then as it gets later in the day switch to sharks or get some Mangrove Snappers and Pompano for the dinner table. Another option is to go offshore and see if you can hook up with some blue water game fish, then end the day by coming in shallow on the patch reefs to fish for Snapper and whatever else might be around.

Get in Some Key West March Fishing

Spring is here in Key West, and you should be too. Whether you are up for tackling big game fish on a Key West Deep Sea fishing charter or being on hand for a Key West Flats fishing trip as the temperature goes up and the shallow water excitement builds, now is the time to do it.

Just like the flowers up north, Key West comes alive in the spring. For one thing, thousands of spring breakers hit town. Then, there are plenty of folks who have endured the heart of winter in the northern states and just need some immediate relief. For Key West fishing, it’s actually the busiest time of the year, so don’t wait – use the Fish Key West secure booking system to get your Key West charter fishing trip set up now.