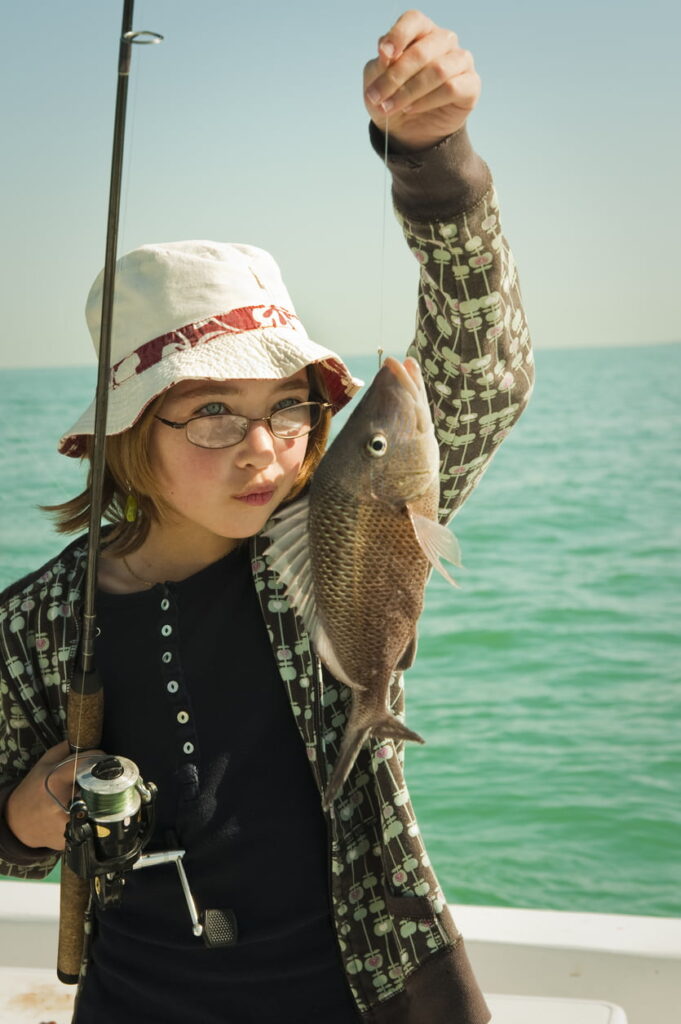 Other than a few rain showers, the weather in Key West environs generally stays pretty nice throughout the month of October, with fairly stable highs around the mid-80s.

As we get closer to November, the Keys often experience a dramatic shift to winter weather patterns. This is particularly true of the last few winters, which have featured polar vortex weather swinging down from the north and blasting the Midwest and Northeast U.S. with frigid air.

As these strong winter cold fronts hit up north, milder versions sweep into the Florida Keys. In a typical fall change-over scenario, when the first serious cold front sweeps in from Canada to chill the northern states, down here in Key West we will get an initial cool day. Air temperatures may barely hit 80 and the wind tends to blow out of the northwest.

By early morning of the 2nd day, we get winds solid out the north-northeast and gusting hard, with air temps barely breaking out of the mid 60’s. Naturally, water temperatures drop off sharply as well, from the high 70s down into the 60s in as little as one week. The first cold snap like this will be the forerunner of an oncoming succession of fronts. To local fishermen, it means that winter is coming and the transition to winter fish species is on.

When the first big water temperature turn-over happens, the Backcountry, Flats, and Reef fishing goes off the hook with some of the year’s best multi-species light-tackle action.

It may take a couple of days for some of the Flats fish to get used to the colder water, but bait schools come swarming into the shallows with the predators not far behind. Schools of Jacks, Mackerel, Pompano, and Sea Trout gather in the Backcountry and start eating bait like mad. You can also find Snapper and Grouper on the patch reefs, lurking in the channels off the Flats, and hanging around the edges of the mangrove islands.

Along with the meat fish like Snapper, Grouper, and Sea Trout, the cooling Backcountry waters will also produce some serious fighting action. Although the Barracuda go dormant for a few days until they acclimatize to the cold water, they soon get back on the hunt. Casting tube lures or plugs to these beasts is a lot of fun on light tackle.

For a real workout, catch a batch of Blue Runners or Lady Fish and chum in some Blacktip Sharks. These big, aggressive predators are nearly always around and going after the baitfish schools and anything else they can get their teeth into. Rig up some heavy gear with a length of wire leader on the terminal end, throw a bunch of bloody fish chunks out, and drift a big bait back into the chum line. A Blacktip will fight long and hard, running and stripping the reel time after time just as the angler gets it near the boat.

The Backcountry is a fun place to be this time of year, and it works out well for an escape from the winds that hit the open water when the fronts come through. But once a front passes and high pressure settles back in, the wind drops and it is time to get back out on the blue water after a newly-arrived wave of winter big game fish including Kingfish, Sailfish, Tuna, and Wahoo.

When the winds come back around to the southeast between cool fronts, the weather warms quickly and we can get some good Key West fall deep sea fishing. There is often a late season Mahi-Mahi bite, the warm temps also seem to bring in the Wahoo, and the Blackfin Tuna action goes non-stop. Big schools of Tuna run outside the reef, and catches of this hard-fighting game fish hit the docks like clockwork throughout October. Fall also produces good Swordfishing, with boats from Key West to Key Largo going out to regularly score on Swords in 1600 feet of water.

This is definitely the time for live bait and it is plentiful and easy to catch. A stop on the Flats, a few throws of the cast net, and a captain can have a live well fully-stocked with lively pilchards. Head out to a wreck or over the reef, toss generous quantities of bait out, and the Kingfish, Mackerel, Mahi-Mahi, Tuna, and even Sailfish and Wahoo will come in for the feast.

Another option is to let the live bait come to you. Your charter captain will cruise the outside reef edge and look for schools of ballyhoo leaping out of the water in huge numbers then showering back down, churning the surface like a hard rainstorm. Just under them will be packs of Cero Mackerel, small Kingfish, Jacks, and other predators. Or you may see groups of Sailfish breaking the surface in pursuit of the ballyhoo. Sight casting with bait or lures on light tackle right into the middle of the hunt is one of the most exciting types of fishing around as gamefish slam your bait in plain view of the boat.

The Key West winter fishing season kick-off is also the signal to go out after some nice freezer fillets. On the Flats, tasty Mangrove Snapper are thick in the channels, waiting for the baitfish schools to go by. Anchoring up-current and drifting cut or live bait back to them is a good way to pick up a few dinners worth.

Out on the reef, the Yellowtail and Mutton Snapper fishing is good. Many captains produce limits day after day as the cooler water brings these fish up into the shallows and onto the patch reefs inside the main reef. Close by, easy to get to, and easy to limit on, Snapper are the early winter inshore stars. You can also expect some hookups on Black and Red Grouper, and now is the time to take home a few of these excellent table fish before Grouper season closes on January 1st.

Now is the best time of the year for Key West Backcountry fishing. The number of species that you can catch on one trip, the availability of different types of fishing, and the quantity of live bait are all at their peaks. The fall/winter transition period is just a busy time overall for Key West sportfishing.

Whether you are looking for Backcountry table fish, big-game fish outside the reef, Permit on the Flats, or are ready for a run 20 miles west out to the beautiful Marquesas Keys, it is all happening now during the Key West fall Fishing season. Escape the polar vortexes of the north and come on down to experience a Key West sport fishing vortex with Fish Key West.