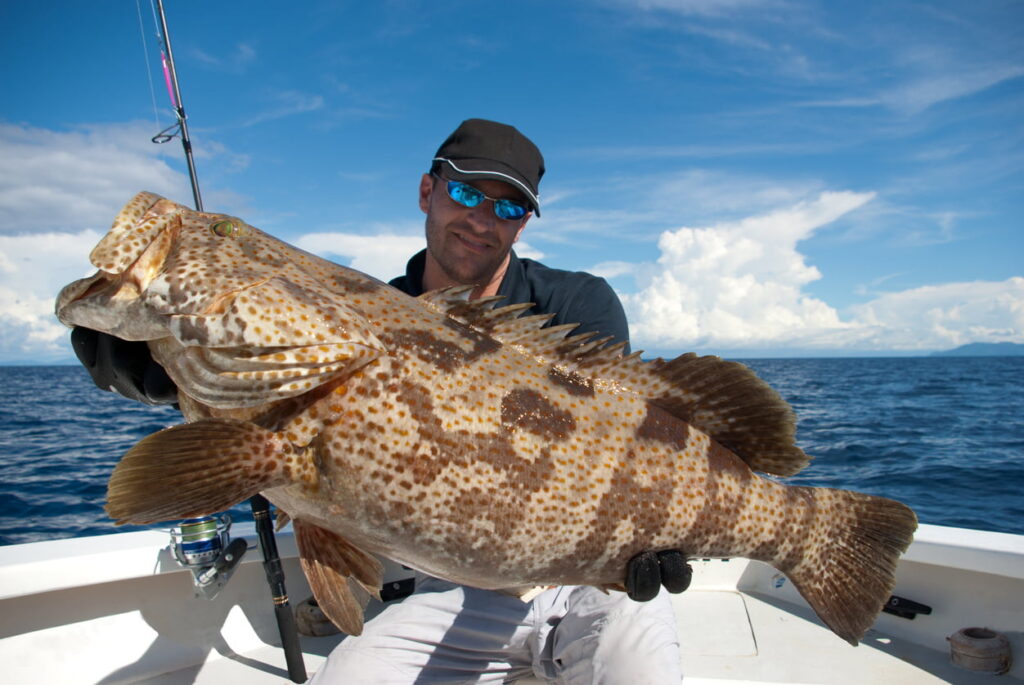 May can be an exciting transition period for Key West fishing as the typically blustery spring weather settles down into a mild, pleasant early summer pattern. Even though the bite is generally really good this time of year, spring winds can make for tough offshore fishing conditions. And life isn’t easy on the Flats either when a shallow-water guide has to try to hold a skiff on skittish Bonefish and Permit while gusts toss everything around.

That’s why it’s so nice to see the May sun rise into calm soft air as the water lays out to the horizon with just a glassy ripple. The difference between day and night temperatures along with shifting water temps have the bait and predators on the move, migrations and spawns are happening, and the month offers some beautiful days of Key West May fishing fun both offshore and inshore.

As we get near the end of spring, the atmospheric patterns start to settle into summer mode with a constant strong flow of warm air pushing out of the southeast. It gets breezy, but experienced Key West charter fishing captains know that sporty water can produce a lot of fish as weed lines get pushed together into huge mats and bait fish are stirred up and disoriented. This means anglers who have their sea legs under them can encounter perfect conditions for great deep-sea fishing out of Key West.

The start of Dolphin season shows up as an early May trend of massive 40 to 50-pound Mahi-Mahi coming to the docks. This is also the season for mixed bags as some big Wahoo hit the Dolphin spreads, and Sailfish, Blackfin Tuna, and a few Blue and White Marlin releases keep the offshore fishing exciting. Sport fishermen in the know come down and charter the big boats to run offshore and ride out the seas in comfort while enjoying a prime trophy game fishing setup.

The Dolphin fishing should be staying good for a while as the Gulf Stream and southeast winds keep the weed lines heavy. Although the size of the fish tends to decrease as the big ones move south, the numbers increase as the smaller schoolie fish accumulate to feed around any floating debris in the area. Captains watch for the weeds and the birds that help them locate the fish. Once a school is found, plenty of chunked chum and the old trick of leaving the last hooked fish in the water are used to attract and hold these curious and voracious fish at the boat while the fish boxes get filled.

Sailfishing is still on in May, with plenty of fish from the winter migration lingering and ready to be caught. Around Key West and the Lower Keys, using live baits on a slow troll or fished under kites is the most common strategy for luring these exciting catch-and-release trophy fish.

When kite-fishing, it’s standard to keep as many baits in the water as possible, especially after hooking and fighting a fish as other hungry Sails will come in to see what the commotion is. A typical kite spread includes three baits on two kites – When there’s a hookup, deck hands concentrate on keeping the remaining baits in the water while the angler is fighting the hooked fish.

Even more exciting action comes when a pack of Sailfish is spotted tailing on the surface and it is possible to pitch bait or lures right into the feeding frenzy. That’s when you get those photos of a hooked Sailfish coming out of the water just yards from the boat.

May 1st is the eagerly-anticipated opening date for Grouper season in the Florida Keys. That means allowable Grouper species can be speared or caught on hook and line as long as they are legal length fish. The most common Grouper species caught around Key West are Black Grouper, Red Grouper, and Gag Grouper. These fish are generally found around reefs and wrecks.

It is easy to find Grouper, and they are hungry and ready to eat any time. They put up an incredible fight and are a lot of fun to catch. As a bonus, going after Grouper usually turns up good catches of Yellowtail and Mutton Snapper. The May full-moon spawn brings in huge schools of Mutton Snapper and many fishermen head out to target this fun light-tackle fish.

On the Gulf side, productive Mutton structures are ledges or small rock outcroppings over flat-bottom areas. South of Key West on the Atlantic side, look for Muttons on the Bar, an underwater ridge that sits 45 feet deep on top and drops to 110 feet in just 50 yards. You are also likely to get into some Grouper on this type of structure. Grouper and all the Snapper species are favorite eating fish, and lucky fishermen take home freezer bags full of delicious fillets.

Another famous May seasonal fish is the incredible Tarpon. Even though some resident Tarpon can be found around the Key West harbor and Backcountry all year, May is when large numbers of migrating fish begin moving onshore into the shallow water to feed. Fisherman drift baits and throw plugs in the harbor and the Backcountry channels to get onto fish that can run over 100 pounds. As the migration picks up pace, Tarpon move up onto the Flats and fly fishermen take their shots at the Silverking. It is essential to book early for Tarpon fishing as this is one of the busiest times of the for Key West charter fishing captains.

Around the middle of April, some Bonefish start showing up on the Flats and they can be found pretty regularly by May and June even though these early season fish are not the biggest. That other Flats fly fishing favorite, the Permit, return from their deep water spawning grounds around the middle of the month, setting the stage for Keys Grand Slam Season when fishermen attempt to boat a Tarpon, Permit, and Bonefish all on the same outing.

May can deliver a few last breezy days of spring-like weather, but it also dishes up some excellent Key West sportfishing opportunities. We get the Tarpon migration, the Grouper opener, the Mutton Snapper spawn and all the while Mahi-Mahi and several species of Billfish are slamming baits offshore. The reefs, wrecks, and deeps all produce big catches of Cobia, Jacks, and large Hammerheads as well as lots of other Sharks.

For an unforgettable fishing adventure, arrange a Key West fishing charter to run west out to the waters around the uninhabited Dry Tortugas. Mutton Snapper and Grouper fishing tend to get better the farther west you go. The Dry Tortugas are an untouched wonderland for bottom species, and the scenery and snorkeling are incredible as well.

Key West summer fishing is starting off strong, and boats are booking up rapidly. Grab a piece of the action now by reserving your own charter with Fish Key West.