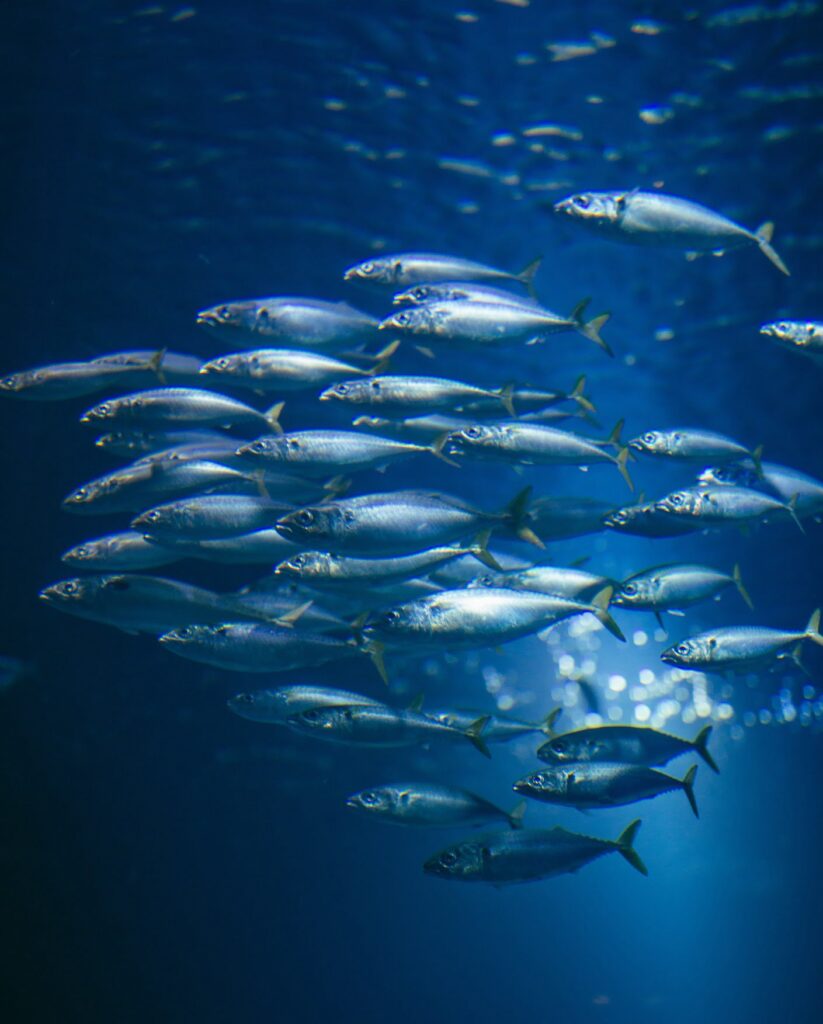 Although the typical fall weather of November brings in some windy and rainy conditions that can make getting on the water tough at times, the changeover also does great things for the fishing. The winds turn the deep water over and stir up the flats. Huge schools of baitfish along with the gamefish that pursue them show up along the reefs and offshore in the Gulf Stream. Experienced Key West fishermen know that braving a little weather can result in exceptional rewards at this time of year.

While weather always affects the fishing to some extent, the fall and spring seasonal change-overs are the two most dramatic breaks in the status quo. Along with significant shifts in water temperature patterns and the behavior of the Gulf Stream current, several major fish migrations take place. Add in the fact that larger fish need to feed aggressively in preparation for the coming periods of low water temps that slow down their feeding activity, and you have a formula for some busy fishing days.

The fall turnover gets many species of Key West gamefish on the move both offshore and inshore. In a common pattern, the first real northeast blow of the season will turn the reef fishing from ho-hum to hot in less than a day. This is the time of year when almost every reef fishing charter comes in with a limit on board.

When the winds come in on the teeth of a cold front, the action starts and you can look for good light tackle fishing on Black and Red Grouper, Mutton Snapper, and Mangrove Snapper. Live baits like pilchards work well or you can drop jigs down. Shrimp will work too, but they tend to get more attention from the smaller fish and you end up losing a lot of bait.

Besides the reef, look for hot Yellowtail Snapper bites on the wrecks and inshore on the patch reefs. In fall the Yellowtail gather in large schools, with some big fish present, and they bite hard when activated by dropping chum.

The fishing action in the Backcountry and on the Flats completely changes in just the span of a couple weeks after the first cold front hits. As long as the days are hot and the water stays in the upper 70s, big Bonefish up to 10 pounds will remain plentiful into the last weeks of October. After the turnover, the Bonefish and Tarpon mostly leave for the season and the Cobia, Jacks, Mutton Snapper, Pompano, Redfish, and Trout move in to hunt the edges of the Flats.

Schools of delicious 4- to 8-pound Redfish can be found along the mangrove island shorelines and are easy to catch on live bait or lures. The Sea Trout arrive in large numbers, and they run at decent sizes too. Trout will readily hit live shrimp fished along channel edges under a cork float. Sharks are also numerous and widespread, with Black Tip, Bull, Lemon, and Spinner Sharks all patrolling the shallows after the Snappers and other fish.

Big Barracuda move from the deeps onto the Flats ready to ambush baitfish and hit any kind of tube lure or shiny spoon thrown at them. Permit also show up on the Flats in the fall and winter looking for crabs and other feed that gets turned up by the rough water. They take crabs and shrimp hung under floats as well as flies when conditions allow fly fishing. Fish in the 30 lb. range are not uncommon in winter, and contrary to what many people think, Permit can be found in water temperatures as low as 65 degrees.

The Backcountry and the inner patch reefs also produce some big Mackerel of both the Cero and Spanish varieties. These hard-fighting fish come in following the huge schools of baitfish that run through Key West inshore waters in the fall. Mackerel are always feeding. They are easy to catch, and Key West has consistently produced world records in this species. They are a great light tackle fish and provide Key West anglers with a lot of fun.

Offshore on the Key West deep sea fishing grounds, the migrating Sailfish arrive with the cold fronts. Boats run about 7 miles out to fish depths from 100-300 feet and the Sailfish are caught and released in numbers that increase daily. Working along the outer reef edge watching for birds and the spray that surging schools of ballyhoo make is a good way to hunt Sailfish by sight, and it also produces big Snappers, Yellow Jacks, and the occasional Mahi-Mahi.

If the Sailfish are not around, look for the schools of Blackfin Tuna. They have a pretty consistent fall bite through November, and many captains rely on Tuna as the “go to” fish to show guests on deep sea charters a good time when other species are slow. Once you get on a school, the bites come non-stop and it is not unusual for anglers’ arms to give out before the fish do.

There is plenty of good fishing to be had as fall turns to winter in Key West. In the early part of November, town is relatively quiet and it is easy to find deals on food and lodging. And there is still likely to be some days in the low 80s that are fine for sitting by the pool or going to the beach.

Be here for the fall turnover and get in on some of the year’s best fishing. Count on Fish Key West to help you book great Key West charter fishing adventures from the convenience of your mobile device.