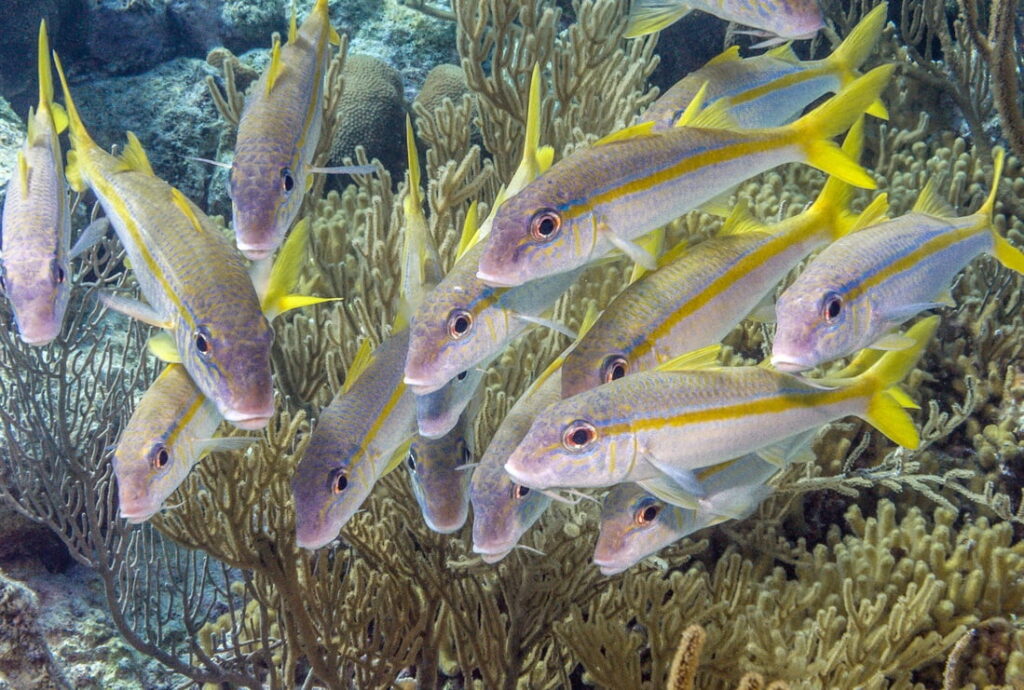 Key West gets its share of bad weather as late fall transitions to winter. Cold fronts are normal for this time of year, moving in with strong blows out of the Northeast, rough waters, and falling air and water temperatures. On many days, Key West charter captains are forced to cancel or delay trips due to wind, waves, and occasional heavy rains.

Fortunately, the Key West fall fishing is usually as good as the weather is bad. Just like hunting on land, gamefishing has its seasons. Late fall brings the beginning of a lot of baitfish movement and several sportfish migrations. Key West fishermen give thanks each year when the big pelagics including Swordfish, Sailfish, Kingfish, and Tuna show up.

For fishermen on the Key West deep sea fishing charters, the Blackfin Tuna bite stays strong throughout most of the month. As the Tuna slow down a little at the end of November, the Sailfish migration picks up pace. The northerly flow of cool air brings more and more of them in to the outside the reef where they stay on through spring to give fishermen plenty of chances at catching one. Expect these early season fish to report in at anywhere from 25 to 50 pounds or so.

As the ballyhoo begin running inshore, we get steady action on Bonito and Cero Mackerel over the top of the reef, with some reports of early Kingfish as well as the occasional Wahoo. The Wahoo bite is traditionally expected to turn on with the December full moon so if you would like to go out after the fastest fish in the sea, start planning now.

The deep sea fishing is expected to remain good as winter goes on. For long range planning, watch for periods when the Jet Stream is projected to shift to the north. This leads to a huge high pressure zone stabilizing off the east coast and blocking the movement of any serious cold fronts down toward the Keys. This is when we get the calm wind and water conditions that make it easier to get out to sea during the fall fishing season.

Filling Up on Fall Flats Fishing

November often brings wide temperature swings to the Backcountry waters. As the final really hot days of the year punctuate the overall seasonal cooling trend, it is common to get lows in the 60s jumping back to highs in the mid 70s. This makes for some great Flats fishing on the warm water days.

Fish that like high temperatures go dormant in the cold water and come out of it hungry when things warm back up. Fishermen in the right place at the right time get many chances at shallow water Barracuda, Jacks, and Permit. And guides who know where to look on these days of lighter winds and warmer water are often able find scattered schools of Bonefish along with holdover Tarpon in good numbers.

The cool water days offer chances to target the Redfish and Trout that are very plentiful in the fall. Key West Backcountry fishing guides can also get their anglers into mixed bags of Bluefish, Jacks, Pompano, and Snappers. Once the water temperatures start staying down in the high 60s, marking the full transition to winter, we look for the Cobia migration to arrive on the Flats. These brown-striped bruisers fight hard and taste good.

The reef is busy with bait and gamefish, and light tackle fishing action should stay hot through December. The Mutton Snappers are up on the reef following the abundant ballyhoo into the shallows. The Yellowtail Snapper are also feeding aggressively, and many anglers are able to fill limits simply by casting plugs, with no live bait needed. The Yellowtail are running at a nice size, with a lot of fish in the 20-inch plus range being put in the coolers.

The November blows that come in with the cold fronts stir the waters over the reef and really turn the reef bite on, presenting an opportunity for those who can handle the rougher water conditions. Between the Yellowtail and the Mutton Snappers, Cero Mackerel, and Groupers, some lucky fishermen go home with the makings of a holiday fish feast.

Give Thanks for Key West Fall Fishing

If November is any indication, we are going to see some spectacular holiday-season fishing down here in Key West. The more extreme winter weather that seems to be the new norm up north is translating to stronger seasonal effects in the Keys. More pronounced heating and cooling and stronger winds result in greater water movements and mixing effects that keep the fish active.

Plan a winter Key West fishing trip to get a break from the cold and take part in the excitement and fun that always marks the winter season in America’s southernmost city. You will want to plan well ahead because boats and everything else in Key West book up fast during this peak season. Take advantage of online booking with Fish Key West to get your eTickets in advance and make sure you can enjoy a Key West winter fishing adventure.